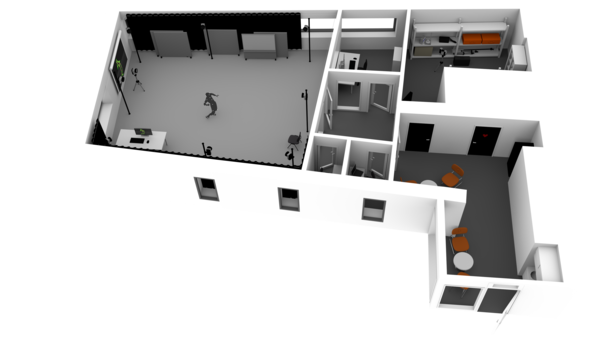 The Mocap Studio in the Lab facilitates a state-of-the-art motion capture system based on optical markers and used to record 3D motion with high accuracy. This is often used by researchers studying body language and gestures but also movements of objects and humans in a much broader sense. The system  exports 3D datasets in many formats and in six degrees of freedom (6 DOF). One option is to export a full body tracking as an fbx file for direct animation of avatars in VR via game engines like Unity3D or Unreal. Videos rendered with synchronised data overlay is another option. Likewise, velocity, acceleration and angles of tracked markers or objects can be exported for further processing.   The current setup   consists of eight high-speed infrared Qualisys cameras (Oqus5+), one video camera (Oqus 210c) and one recording computer. The person being recorded puts special markers on strategic places of the body. Once calibrated, the mocap system can recognize the 3D-position of each marker.  The system is able to record movements at a very high speed. The video camera is synchronized with the mocap cameras so the resulting video can have a overlay of the markers.The software used is Qualisys Track Manager (QTM) for recording and some post processing. Full body animations can be streamed or exported (FBX) and directly applied to virtual characters (avatars) used in game engines like Unity3D and Unreal. Several other export formats enable analysis and post processing in Python, R, Matlab, Blender,  MotionBuilder,   Visual 3D and others. 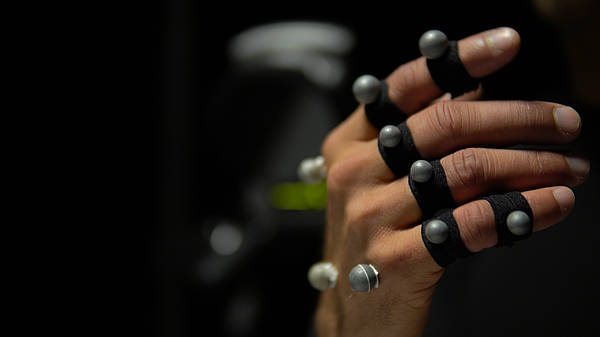